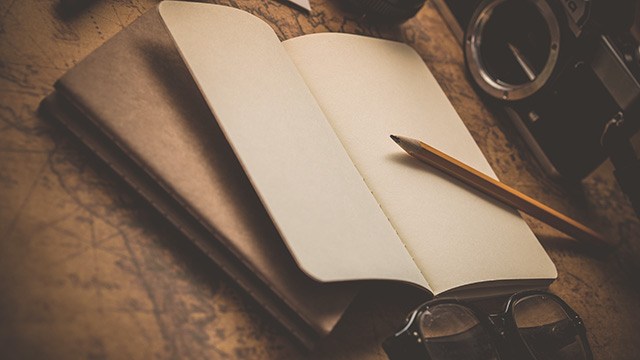 Seven reasons to write your own Will

There are many benefits to writing a Will, from making your final wishes known to protecting your loved ones.

We have previously talked about what makes a Will valid and you may wish to Do It Yourself (DIY) in a bid to save time and money.

However, there has been a dramatic increase in the number of inheritance disputes. It is believed to be partly linked to an increasing number of people writing their own Wills or using a DIY online Will writing service.

The Gazette, the official public record, reported a 60 per cent rise in family members going to High Court over a deceased’s estate in 2018.

A poorly drafted Will could undo everything you are trying to achieve. And while you may save money today, it has the potential to prove costly for the very people you want to look after.

So, before you start to write your own Will, it may be worthwhile to see if the following applies to you:

You must have the capacity to make a Will ie, be of sound mind. You may be confident that you have fully functioning faculties, but a common reason for contesting a Will is on grounds of ‘testamentary capacity.’ This challenges the mental and legal ability of a person to make or alter their Will.

Having a third party professional involved lessens this risk. They are unlikely to carry out work for anyone they suspected of not having the capacity to understand what they are doing.

2. You have an eye for detail.

One pitfall of writing a Will is using incorrect or vague wording. For example, it is best to name those you wish to benefit by their full name.

David Bowie left half of his £80 million fortune to his ‘two children’ – but didn’t name them. Time and money was then spent on adverts urging the singer’s secret love children, should they exist, to come forward.

A Will is a legal document. If it is called into question, you won’t be around to explain what you really meant when you wrote it.

It is also important to be aware that the words you use could have a different meaning and outcome in a legal context.

Sometimes people think words like ‘my business’ or ‘my jewellery’ are self-evident. But it could lead to arguments if it is not clear how items of different value should be shared.

4. You have factored in the residuary portion.

The residue is what is left after all debts, costs, taxes and special bequests have been paid and dealt with. If you do not name who should receive this then it would be divided according to the rules of intestate succession.

5. You are not worried about a family fallout.

Many think ‘that will never happen to my family’ and trust their loved ones to ‘do the right thing’. But sadly inheritance disputes are on the rise.

We have come across many cases of family feuds or loved ones facing financial difficulty because wishes were not made clear in the Will.

Ambiguity and misunderstanding can lead to conflict at a time when people are grieving.

6. You are aware of the danger of omissions.

It is not just the words you include that are important, but also those that you leave out which can lead to problems further down the line.

The Law Society reported how DIY Wills were ‘often riddled with errors and omissions.’

7. You are aware of the bigger picture.

If you have children or dependents, perhaps the one of the most important parts of writing a Will is to name guardians – otherwise they could end up in the care of the local authority.

And did you know that your children could lose out on their inheritance if a surviving partner were to remarry?

Were you aware that if you marry or remarry it revokes a Will?

Or that your estate could be liable to Inheritance Tax when it could have been reduced or completely mitigated, had you had planned for it?

A professional specialising in End-of-Life planning can take a look at the bigger picture and help you to plan accordingly.

Of course, people do write their own Wills and sometimes without any issues.

But are you confident you can avoid possible pitfalls involved in writing a Will? Or are you prepared to leave it to chance?

Investing now can save thousands of pounds and unnecessary heartache in the long-run.

The team at Kinherit has experienced a number of people in recent days who are keen to take out a will – but worrying about having to pay a second time for changes due to upcoming weddings and babies being on the way.

To help out, Kinherit are offering a free re-write on any Will, Trust or Power of Attorney taken out between now and the end of July 2020. The free re-write can be redeemed at any point up until December 2021. It is hoped this will give the scope to reduce worries about cost when people need to be taking out the right planning today.

Five tips to choosing a Will-writer
May 2020

A cheap Will can prove costly
May 2020

Problem probate: dealing with difficulties and disputes over the deceased’s affairs
April 2020