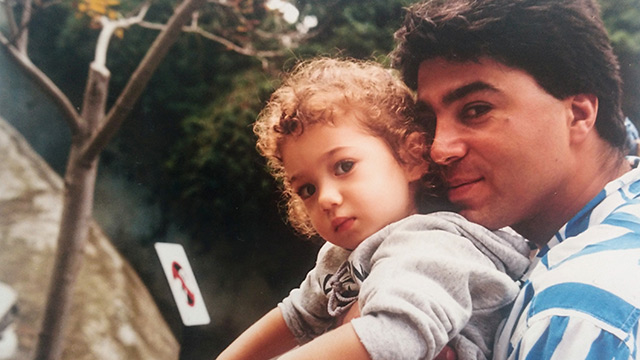 Student nurse Nicole Stanfield Caile flew back to the United States to care for her estranged father in his dying days.

But she was unable to grieve for him immediately after he died because he had not written a Will - and she had make difficult decisions on his behalf.

The mum-of-one said it made dealing with loss even harder and has called for other people to talk about death and end-of-life planning – before it is too late.

Nicole heads the Death Café in Taunton, a space where people can meet and speak openly about the taboo topic of dying.

And the outbreak of COVID-19 she has seen a spike in members as more people are coming to terms with their mortality.

Nicole speaks to the team at Kinherit about why we should all consider end-of-life planning – no matter how young or healthy we are.

1. Why do you think end-of-life planning is important?

We can’t prevent death - but we can prevent causing more upset for loved ones by talking about our plans in advance – from funeral arrangements to how to share our belongings.

It is important to write our plans down, as memory is not always reliable, and to make them legally binding where possible.

I am currently studying for a degree in nursing at the University of Plymouth and we look at palliative care. I also previously carried out a placement in this area, while working in care.

While some people may be forewarned that they are going to die, such as with cancer, often it happens suddenly and people are unable to let people know of their final wishes.

Also, some illnesses may leave people without the mental capacity or ability to communicate their plans. It makes sense to have this conversation sooner rather than later.

2. Do you think the COVID-19 outbreak has changed people’s attitudes to end-of-life planning?

Yes. We know we are all going to die but it is usually something people put off talking about. With the daily updates around Coronavirus, there is now a greater sense of urgency. Interest in the Death Case has recently increased four-fold.

3. Your own father died without having an end-of-life plan in place. How did this impact on you?

My dad had been fit and healthy and lived like he was invincible. He had developed She Type 2 diabetes, but had been unaware of his condition, and went into a hypoglycaemia shock because of the imbalance of insulin.

He went into hospital and later had a heart attack and did not regain consciousness. He hadn’t made any plans or written anything down for what should happen in the event of his death.

In the first instance, after weeks of him lying unresponsive in a hospital bed, I had to make the difficult decision to take him off life support and move him to a hospice for his final days.

Then relatives disagreed on how and where he should be buried. He didn’t leave a Will or anything in writing about what we should do with his body after he died. I had to think about what he would have wanted – though it didn’t please everyone.

My dad also had property with various investors, which was time-consuming and tricky to resolve, and he may have had other assets that I was unaware of.

I then had to publish an advert calling for anyone who may have a claim on his estate to contact the courts.

He also did not make a note of how to distribute his belongings, which led to disagreements among some family members and friends.

4. What was the financial impact of not having an end-of-life plan in place?

It meant it was more time consuming and costly. Also, he may have had assets that we did not know about and could not claim. 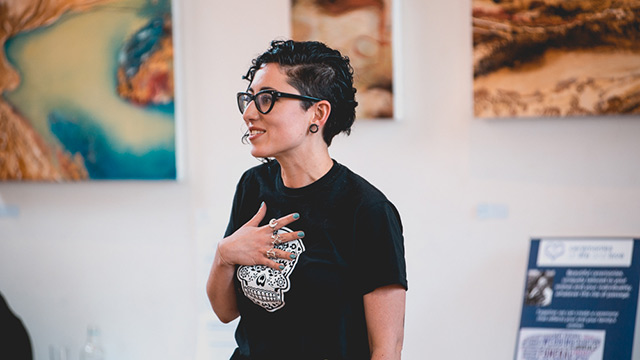 5. What was the emotional impact of not having an end-of-life plan in place?

It was a nightmare situation and some people came out of the woodwork. I couldn't please everybody and would have felt more comfortable if I could have referred directly to my dad’s expressed wishes.

I had to be very strong at what was already a really difficult and stressful time. It was all a shock to the system and the grief didn’t register until after his estate had been dealt with.

6. What advice would you give to people considering making end-of-life plans?

Some people think it’s morbid to talk about death and put up a wall – even though it is likely to impact them in so many ways and there are some things they can prepare for.

I would recommend getting professional advice where possible and checking their credentials.

Will-writing is unregulated and I know some people are choosing cheaper and easier options at this time.

But I think it’s worth investing in quality support to avoid extra expense and complications further down the line.

When it comes to protecting people you care about, such as your children, then it’s worth it for the peace of mind.

Having impartial, expert advice feels like you have someone in your corner. They will also remind you to update your plans as needed. I think a Will should be treated as a document to be edited as circumstances change.

It’s worth putting down as much detail as possible in your end-of-life plans, including your funeral service wishes, and putting it somewhere like on the fridge or front door so it is not lost or forgotten.

7. Why did you get involved in the Death Café?

I became involved in the Death Café in a bid to get people talking about death and to make plans – to save their family from the extra hassle and heartache I experienced.

I hope that if people can start talking about it with strangers, then hopefully it will lead to a conversation with the people it will affect in their lives. 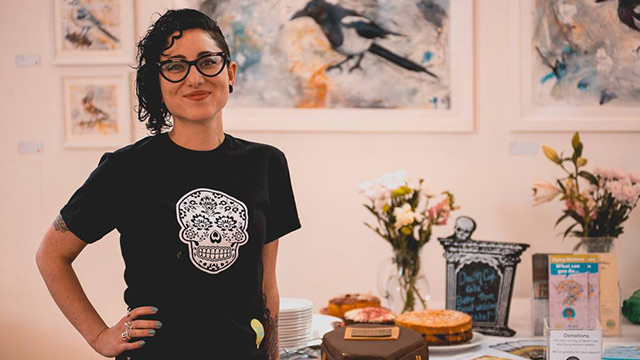 8. What do people get out of attending the Death Café?

There is friendly chit chat and a lot of laughter, with people often leaving feeling lighter. Many people have made friends and professional connections here.

We all know we are going to die, but talking about it and making plans over coffee and cake is the first step to give us peace of mind.

Many attendees said they’ve spoken to their partner or parents as a result and feel better knowing that they are saving their loved ones from extra pain in the future.

Aside from the practicalities, people can also talk about their feelings. I would say don’t wait for the ‘right time’ to tell someone how much they mean to you.

After my dad died, we found he had kept lots of photos of me and my daughter. He really cared for us in his own way, but he never expressed it. We didn’t know until after he died.

Kinherit is proud to be involved in the Death Café, which offers a safe place for people to talk about life and death. It is currently being run on Zoom and with Facebook lives.

There is also a Death Café in Bristol - their next Zoom meeting is 10am until 12noon on Sunday, May 17.

Five tips to choosing a Will-writer
May 2020

Seven reasons to write your own Will
May 2020

A cheap Will can prove costly
May 2020

Problem probate: dealing with difficulties and disputes over the deceased’s affairs
April 2020